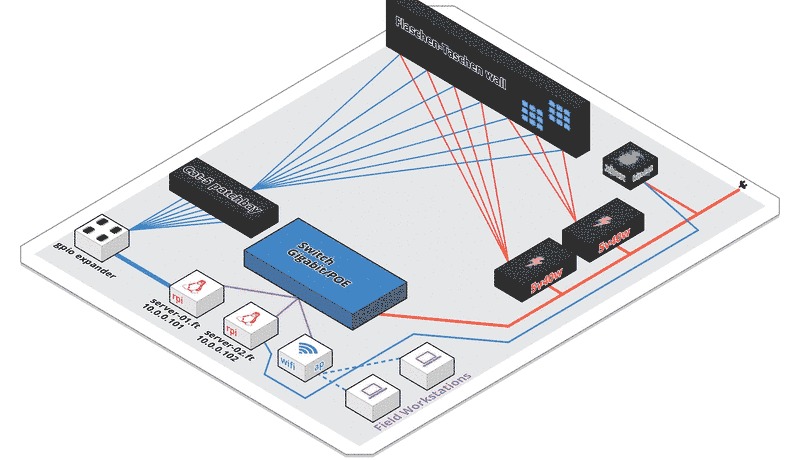 Since HZeller took care the Flaschen Taschen software, most of my code on this project was geared toward deployment and tweaks to the original Flaschen Taschen libraries, to make them work in our configuration. Since this project had a sharp deadline, my goal was to remove as much uncertainty as possible. Thats why I wrote some Ansible setup scripts, to avoid...

Problems I've Had (With Writing Code for Raspberry Pi):

The repo for my Ansible scripts can be found here. They're pretty simple at the moment, since they are just aimed at taking care of repetitive tasks. I'll break down how they address each item in the "Problems I've Had" list:

When an RPi winds up unbootable and needs wiped...

That's exactly what all those tasks with the tag "basics" are all about. Once you've enabled SSH on your RPi (which needs to be done with monitor/mouse/keyboard), run:

You will be asked to enter the RPi's password, then it will:

There are additional tasks tagged "network" to configure some things on the pi to be a little more easily accessible. For instance, we do some hostname and hostfile tweaks, so I don't have to type a bunch of IP addresses into my terminal. I am also turning off wifi since this project uses ethernet to connect the pis to eachother. To do all that, just type this badboy in:

Where do I actually write the code..?

On your laptop. Use whichever text editor you normally use, save your work, then run this on your dev machine:

This does all tasks with the tag "code" on every computer in the inventory file. That includes:

Once that's all done, it restarts the Flaschen-Taschen server and it's time to test whatever changes I made. My go-to for this was usually running one of cgorringe's super cool demos against my newly updated server.

This is why we synchronize the clock in our "code" tasks. I think this normally isn't a problem for most RPi projects but since mine is not internet connected, it's something I need to deal with. Since the Raspberry Pi doesn't have a device to keep time while it's unpowered, they lose however many hours they are unpowered for. This becomes a problem when you are trying to compile C++ code on the pi. Here's basically what happens:

To be clear, I am better at interpreted languages like Python and Javascript, so I'm sure there's a much better way of dealing with this error, but I thought this was kind of funny, and this is how I dealt with it.

Maybe one day if we are lucky we will get a C++ compiler that can compile code that hasn't been written yet? 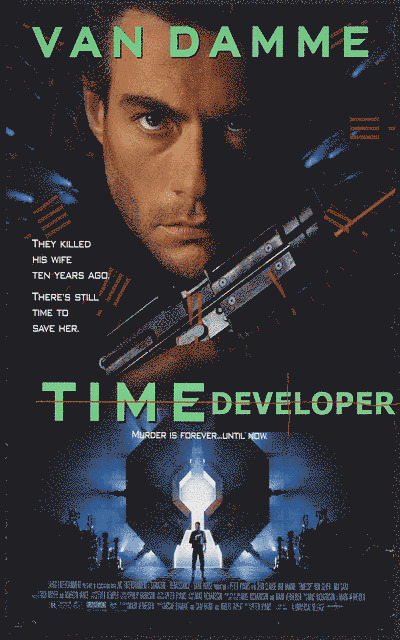 Or maybe that's not such a great idea.